The Art of the Comeback 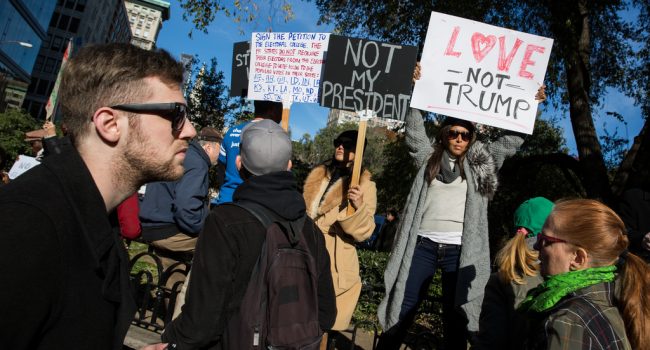 No matter where life finds you today, you need to believe in the art of the comeback. No matter your troubles anybody can make a comeback in life if they put their mind to it and put everything they have into trying to make life better and move things forward. Of course it’s not easy, obstacles will stand in your way, but you must never give up, never stop believing.

We all fail every now and again… it’s what we do when we fall that matters….

Do we stay down? … Or do we get back up and transform our failures into something brilliant?

I don’t intend today entering the world of political debate, and particularly I want to avoid the constant noise coming from the anti-trump protestors. I’m neither American, nor am I knowledgeable enough about his policies and doctrines. But there is one thing I do know, and I do challenge others to recognise the amazing achievements of Donald Trump over many years and realise what his example offers too many struggling with life’s obstacles, he is the master of the art of the comeback.

There was a time, not so long ago, when Donald Trump became known as ‘the Comeback Kid.’

In 1997 he published his autobiography called The Art of the Comeback.

He more or less went bankrupt in the early Nineties … he admits “I never went bankrupt, but I was in deep trouble.”

On March 26th, 1991 The New York Times and The Wall Street Journal had front page stories predicting his demise, detailing the financial trouble he was in.

Some people never learn. Over the last month I’ve read very little positive about Donald Trump and it appeared he would have to accept defeat to Hillary Clinton who was supposedly running away with the vote. The papers it seems love to hate their New President.

In his book The Art of the Comeback he says ‘It never occurred to me to give up, to admit defeat… I never had any doubt that I’d come back’

Now he is the president of the USA.

Sometimes by losing a battle you find a new way to win the war. Donald Trump

Donald J. Trump has long enjoyed a high profile, in addition to now being the President of the USA, a widely acclaimed business man, TV personality from the apprentice and author of many books. In my mind, and that of many others he is an icon of success, and an inspiration to millions throughout the world. The fact that he fought back after being $9 billion in debt makes his story even more remarkable.

No longer the comeback kid, certainly we should hail him as the comeback King, the perfect example of someone who believes in the art of the comeback.

I accept he has never been truly on his knees. But from someone who has, I believe he shows the impossible is possible. My favourite of his books is Top Trump Never Give Up: How I Turned My Biggest Challenges into Success.

In Never Give Up, Donald Trump tells the dramatic stories of his biggest challenges, lowest moments, and worst mistakes—and how he uses tenacity and creativity to turn defeat into victory. To deal with your own problems and adversities you need to do the same.

When something doesn’t go your way in life, it’s important to look at it as an opportunity to prove that you can adapt and overcome.

So even if you’ve hit rock bottom believe you will rise again, overcome adverse circumstances, and be able to claw your way back to the top, inspiring the world around you. It’s that belief that helped me get through my worst times. That and the system I give through my book The Single Page Plan.

My life collapsed around me. I’d worked myself into exhaustion. My health suddenly dominated my life. The result of severe illness was I lost everything – I was made bankrupt, had my incredible home with its indoor pool repossessed, lost my businesses, found myself doing nothing but struggle with my health. I truly hit rock bottom. My marriage broke up, for a while I was sleeping on an office floor.

One Boxing Day morning I woke in bed, lay their thinking of the emptiness ahead. My children were going to spend the day with my ex-wife and her new boyfriend, and I was to be alone. My first Christmas without my mum, who had died in the February, I was at the lowest point I can remember, questioning whether it was worth me carrying on. Thank God I did and can look back now with satisfaction that I never gave up and carried on no matter what I faced.

I may have lost everything, experienced humiliation, pain, criticism, financial setbacks, heartache, ill health however, it was from this adversity that I discovered within each of us we have the power of persistence and the determination to fight on to go from failure to success.Keep believing in the art of the comeback.

I learned one big lesson that adversities are opportunities in life. But first you must love yourself and believe in your possibilities.

What separates the winners from the losers is how a person reacts to each new twist of fate. Donald Trump

FREE TWO DAYS ONLY! Friday 18th AND Saturday 19th of November. A Proven, Step-By-Step System for Achieving Everything You’ve Ever Wanted! It’s called The Single Page Plan, a self-development book which provides a simple five step goal setting process for anyone looking to master how to set goals and achieve them. Go get it for FREE on Friday at Amazon.

About the author: Larry Lewis

I am a life coach, blogger, speaker and author who loves helping others discover the unlimited possibilities and opportunities awaiting them, enabling them to overcome their difficulties and get their life back on track.